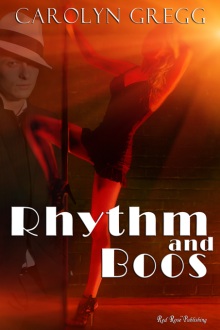 Sensuelle (aka Sydney Shookerman) was an exotic dancer. At least, she tried to be. Unfortunately, Sydney sucked at the job. She had a body to die for, and the face of an angel, but she lacked the timing and moves which would put her in the pro league.

Fortunately, she managed to keep her job at Napoleon’s nightclub. And despite the rumors that Napoleon’s used to be a speakeasy back in the 1920s, and was reputed to be haunted, she never knew how haunted it was until she accidentally awoke the spirit of one poor victim from that era.

The first thing Frankie Nuwurth wanted to do was to get even with the wise guys who had put him away. Although he had no idea how he was resurrected, the cute half-naked dame working in the joint was an awful temptation. And one thing was certain—he hadn’t been laid in almost a hundred years, which meant he had a lot of catching up to do!
*****
"Lady, you got a great pair of hooters, but you can’t dance worth shit."

Sydney Shookerman, aka "Sinsuelle", paused in the middle of her dance to stare at the inebriated customer sprawled across his tiny table. He continued to stare up at her with bloodshot eyes. The flashing lights lining the perimeter of the stage made the man’s sweat sparkle in rainbow colors. Seeing that he had her full attention, he saluted her with his bourbon and tonic, and tossed back the last swallow.

The big bass beat pounding from the overhead speakers reminded Sydney she was already behind on her choreographed moves. Quickly, she tried to resume her undulations around the two-inch brass pole, but her heart was no longer in it. Guys were always trying to sweet talk their way into her pants. Customers were expected to cop a grope. The last thing she’d expected was to be told how bad a dancer she was.

The guy at the end of the dance floor was a regular. Mossman? Mosser? Sydney shook her head as she swivelled her hips. No matter. He was a regular every Thursday night. Same table, two bourbon and tonics straight up. But up until tonight, she had never known the man to speak to the dancers. At least, not to her.

The music ended. Sydney froze with her thighs spread, the required "open crotch" money shot. Someone whistled in appreciation of the view. Maybe another three or four clapped. Hurrying backstage, she passed Ophelia, on her way out to do her cowgirl number.

"Good luck," she tossed at the woman. Ophelia snorted, pasted a smile on her face, and stepped through the fiberglass beaded curtain as the refrain to Deep in the Heart of Texas began playing. Sydney always got a kick out of that. Ophelia was from Milwaukee. There wasn’t a single Texas thing about her. Not even the costume. But the woman had a grand old time pretending to ride her six-shooter.

Mary Ellen gave her a nod as she entered the dressing room. The kohl-eyed woman was busy braiding her hair.

Sighing, Sydney dropped into her chair and kicked off the spiked heels. Her legs looked terrific in the damn things, but they were killers to dance in.

"Hey, don’t get comfortable. Beejus wants to see you."

"Yeah, now. And he’s in a pissy mood, too, so don’t screw around. Better get it done and over with."

Crap. Just my luck. "Thanks, girlfriend."

Rather than slip her shoes back on, Sydney chose to go barefoot. If the boss wanted to see her now, and he was in a pissy mood, she was not about to take the time to slip out of her costume first.

B. J. Toomey ran Napoleon’s, but he didn’t own it. In fact, none of the girls who worked there knew who the real owners were, although Sydney sometimes wondered if Cash, the bartender, had some knowledge.
B. J. stood for Barlow Jessup, but he went by B. J. But one Halloween night about three years ago, he pulled a prank on Donna, a girl who used to work at the nightclub, and nearly sent her to the hospital. She later said the creep had nearly scared the bejeezus out of her when he’d come running into the dressing room, dressed in a mask and fatigues, and brandishing a real live chainsaw. Ever since then, everyone referred to him behind his back as "Beejus".

The boss’s door was closed. As per his instructions, a closed door meant important business, so rather than just walk in, she knocked. A moment later she heard a voice telling her to enter.

Toomey was on the phone when she let herself in. He motioned for her to close the door as he finished his conversation. Sydney immediately didn’t like the look he gave her after he hung up.

"Fine, thanks. What’s up?" She sat on the edge of the faux leather chair. If the man was in a foul mood, but attempting to be civil, it couldn’t be good news. She braced herself.

"Oh, not much." The man leaned forward over his desk and clasped his hands together on the pad. "I was watching you do your gig tonight." He paused, and she was almost tempted to prod him.

You watched me and..."I overheard Mr. Mossley’s remark to you."

Mossley! She knew it had to start with a moss-something-or-other. She almost patted herself on the back when Toomey’s next comment blind-sided her.

"You know, sweetheart, the man’s right."

She locked eyes on him. "What?"

Toomey shook his head. "You got a great set of tits on you, but your dancing sucks big time. In fact, you’re probably the worst dancer we got. Sorry, sweet chops, but I’ve seen dogs humping that put on a better show."

She could see the ax getting ready to drop any minute now. He couldn’t fire her! He couldn’t!

A million memories paraded by. Foremost was the fight she’d had with her stepdad, which was the reason why she had left her small town for the big city right after high school. She could no longer live at the house with him there, and trusted she could somehow make it on her own. Unfortunately she had no legitimate skills, no training, and no college. Hell, she barely had a high school diploma! What was she gonna do if she was let go? She barely made enough money now to afford anything other than the rent, the utilities, and a little food, much less lessons or classes. It had been by sheer luck she’d gotten hired on at this nightclub when she did.

She almost considered dropping to her knees to beg, when the man grinned and waved off her pleas. "Hey, now, now. I didn’t call you in here to fire your ass. In fact, I want to offer a solution."

It took her a moment to grasp what he was saying.   "You’re not firing me?"

"Shit, no. At least, not in the way you’re thinking. You got a body to die for, Sydney, and the face to go with it. Men come in their pants just looking at you. But God didn’t give you the genes to be a dancer, baby. I’m sorry, but I’m taking you off the pole."
Posted by Carolyn Gregg at 4:30:00 PM No comments: 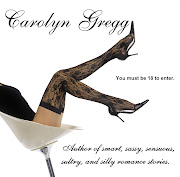 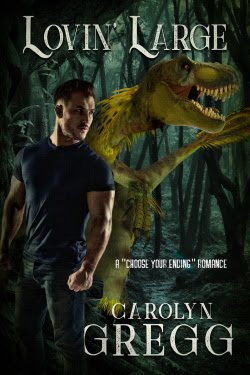 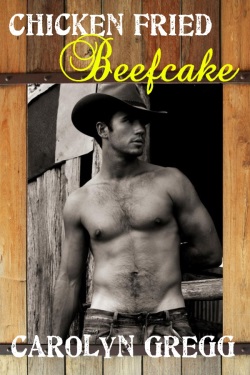 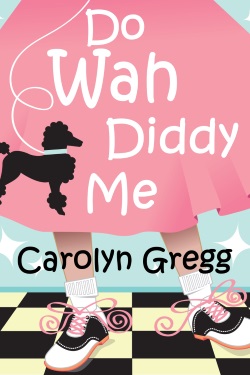 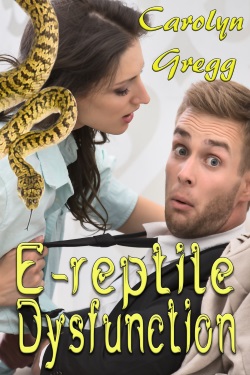 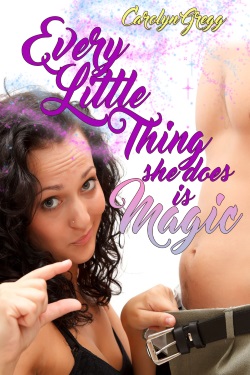 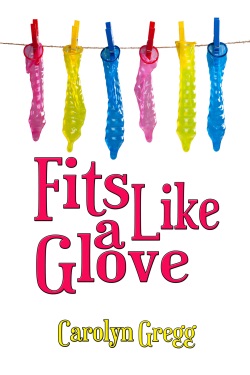 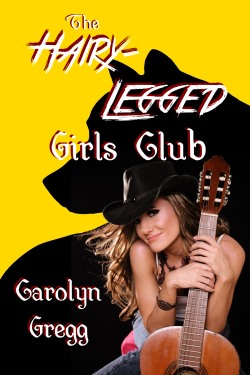 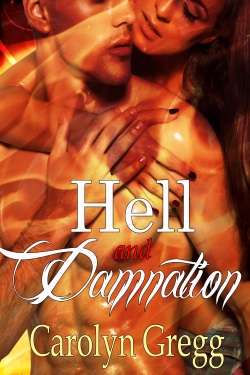 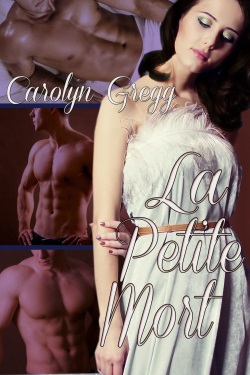 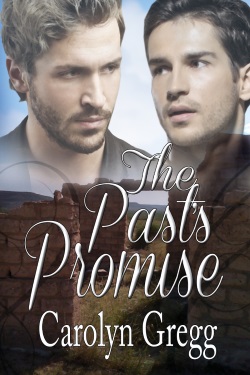 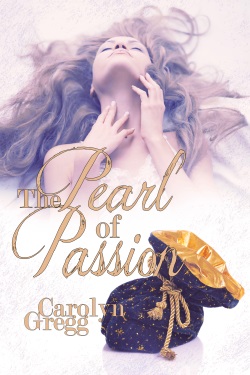 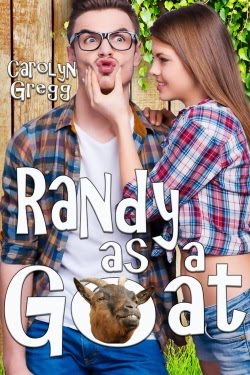 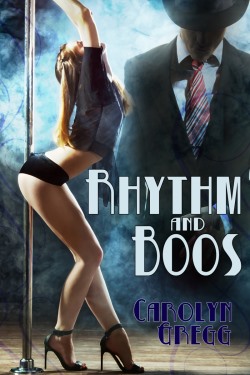 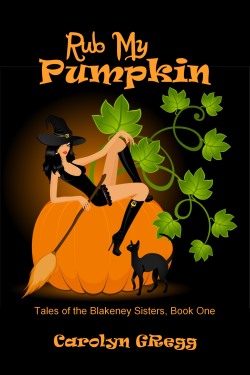 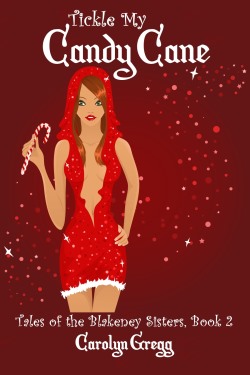 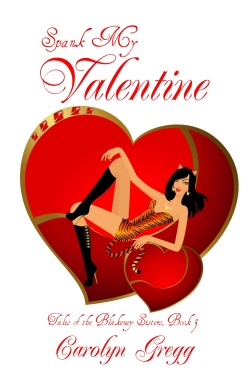 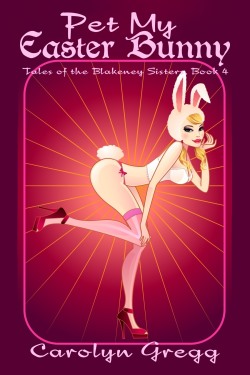 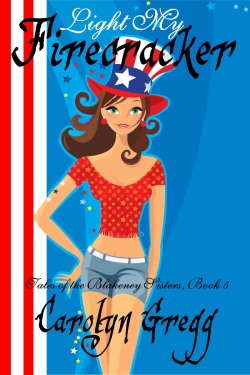 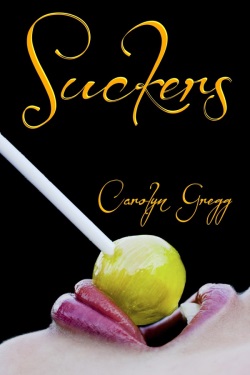 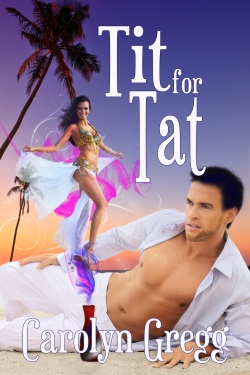 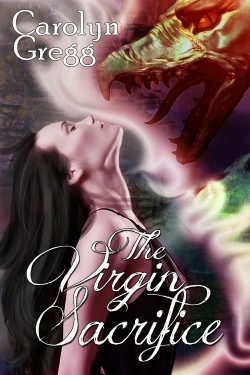 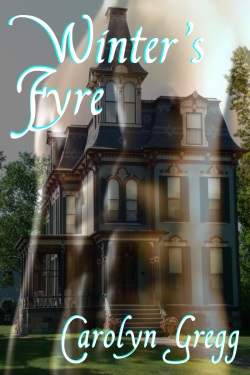 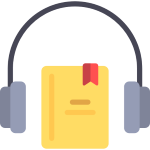 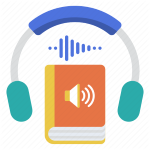